Baroque music describes an era and a set of styles of European classical music which were in widespread use between approximately 1600 and 1750.

The original meaning of "baroque" is "misshapen pearl", a strikingly fitting characterization of the architecture of this period; later, the name came to be applied also to its music. Baroque music forms a major portion of the classical music canon, being widely studied, performed, and listened to. It is associated with composers such as Claudio Monteverdi, Antonio Vivaldi, George Frideric Handel, and Johann Sebastian Bach. The baroque period saw the development of functional tonality. During the period composers and performers used more elaborate musical ornamentation; made changes in musical notation, and developed new instrumental playing techniques. Baroque music expanded the size, range and complexity of instrumental performance, and also established opera as a musical genre. Many musical terms and concepts from this era are still in use today.

To Rediscover Baroque Music And Its Spirit 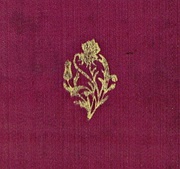