Thanatopsis Records is proud to re-release this masterpiece with all new artwork and layout to the world!

For fans of Suffocation, Cryptopsy, Deeds of Flesh, Nile...


TOP002 CONTORTED - Clinically Dead
When Brutality called it quits, we lost one of the very best of the loyalist Florida death metal movement, as it was one of the best and releasing a number of excellent albums even at the time, when death metal wasn't the most popular genre. We've suffered a metric ton of carbon copy bands in the past few years, all paying their respects to the godfathers Morbid Angel, Obituary, Massacre and Deicide, but very few have done a knockout, drag down to the grave job of it that Brutality had done for years. All was not lost, however, since three members of Brutality decided that wild hell steeds could not drag them away from their beloved style, and in 1997 they put together the entity CONTORTED. In 2003, CONTORTED signs a recording contract to release their debut 12-Song CD/LP entitled: "Edge of Darkness" with Still Dead Productions. then Jim Coker be involved job for Brutality boxset that release by AreaDeath Prod. Then get to talk with us to release their second full length album. Now Thanatopsis Records proud to release "Clinically Dead" to the world!

If you're a fan of Florida death metal sound, it's a foregone conclusion that you'll dig this release.

TOP003 NEW YORK AGAINST THE BEZELBU - Esfiha Bomb
True grindcore band from Brazil. The music is one thing “GRIND”! Every song exemplifies what grindcore is. Blast beats are the most used drum beat along with a lot of thrash beats. The riffs are punk influenced riffs but the guitars are so freakin heavy that some of riffs come off as death metal riffs. The songs are pretty short, most of the songs are between 1 and 1:30 long, perfect for grindcore. Recorded after 5 days of 9-11 in 2001, it was released only 50 copies as first print. Now it re-print as professional format.

If you're a fan of true grind sound like Sore Throat, Agathocles, Nasum... of course old NAPALM DEATH! It's a must! 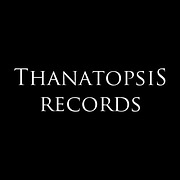