The Prop Roots Education Center is a non-profit organization benefiting children in a rural community, most of which belonging to the Jingpo ethnicity, in a remote and much disadvantaged part of China, bordering Myanmar. The project aims to empower these kids and give them more confidence, by ways of language and art education and eye-opening intercultural exchange. The project emphasizes that all children are unique, and that they have a cultural background to be proud of. More self-esteem makes them stronger when facing the temptations of the cheap drugs that are flooding the society. As from 2016, Prop Roots also facilitates opportunities for high-quality vocational schooling.

The project’s founders are Li Yang and her husband Anton Lustig. LI Yang (李旸) is originally a lawyer and communications expert for international NGOs. Dr. Anton Lustig (乐安东) is an artist, sinologist and linguist, the world’s leading specialist on Zǎiwà language 载瓦语, the language spoken by the majority of the Chinese Jingpo ethnicity (景颇族). Such as is spoken in the villages around the lush, green slope where the couple has erected their Prop Roots Children’s Activity, Arts and Culture Center, and where they and their co-workers are permanently based. The local children cherish this place as their second home. Donations in Goods and Services: 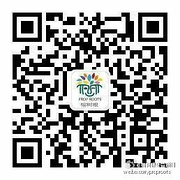