You can buy all sophie's songs directly from the:
Bandcamp: http://sophiekoh.bandcamp.com/

Sophie lives in Melbourne, Australia but was born in New Zealand.
She grew up in Singapore and New Zealand.
Her parents are Chinese, from Malaysia.


* Radio Australia - Album of the Week*

Whilst Sophie Koh’s one-time wish to be a Playschool presenter never actually eventuated, she did manage to land herself on the set of Neighbours in 2010 for a musical cameo role. This opportunity led to a chance meeting with Australia’s indie-pop king, Ben Lee. A mutual desire to collaborate resulted in Sophie working with producer Brad Wood (Liz Phair/Pete Yorn/Smashing Pumpkins) at his leafy Seagrass studios in Los Angeles.

Over eighteen months and four successive trips to LA, Sophie’s upcoming album, ‘Oh My Garden’ was born. This third album represents a natural progression from Sophie’s 2005 debut, ‘All the Pretty Boys’ through to 2008’s ‘All Shook up’. It includes collaborations with Ben Lee, Robin Waters (Boat People) and J Walker (Machine Translations). In keeping with Sophie’s inherent whimsical reflections on love and life in this eclectic array of songs, an irrepressible undercurrent of colour and groove is achieved through bold pop production of electronics and synthesizers.

Sophie first came to prominence after being “Unearthed” by Triple J in Darwin in 2003 and has since toured around Australia, and supported acts such as The Go-Betweens, The Eels, Paul Kelly, Pete Murray and Howie Day to name a few. She was awarded the ‘Best Female Artist’ in The AGE Music awards in 2008. Born in New Zealand, and spending her formative years in Melbourne, Darwin and Singapore, she is now back residing in Melbourne.

Sophie is also known to Australian audiences through Spicks and Specks (co-hosting with Adam Hills on one occasion!), and RockWiz (singing duets with legends Jimmy Little and The Church’s Steve Kilbey). Additionally, her punchy cover version of Split Enz’s, “Charlie” is the closing track of the double-platinum selling album, ‘She will Have Her Way- Songs of Neil and Tim Finn’.

Sophie has created her finest work yet, drawing on personal experiences and surprising new directions, in her much-anticipated new album, ‘Oh My Garden’.

In August 2013, Sophie played 12 shows in every major city in China, including a packed show at Beijing University. In May 2014 she toured in Asia for a second time, playing at Music Matters Live in Singapore.

Tiger not the Hare 老虎与野兔

03-Tiger not the Hare 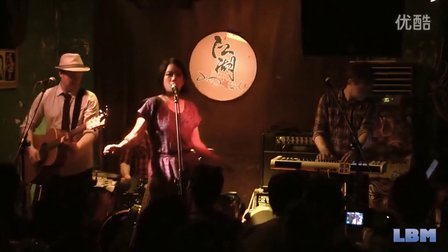 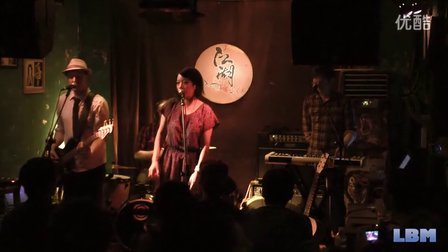