It is a challenge to define Sydonia, it is far easier to let those who have listened to their music and/or have seen them perform, paint the picture:

"Sydonia is a band that exemplifies the word 'diverse'. The best of pop sensibilities is tempered at times with brutal angst. 'No Woman's Land' is a song that should be playing on every radio station in every city on this planet!” D. Randall Blythe - Lamb of God

“Make no mistake about it – these guys are half the reason this show was completely sold out. Operatic on an epic scale without being overly theatrical, Sydonia’s material conveys an all-encompassing sense of heart wrenching loss, sadness and regret. Vocals that swing between dreamy and guttural, intense simultaneous tribal percussion drumming that is interchanged frequently for some heavy guitar work – they are certainly a unique entity.” - RACCOON ROCKETTE - fasterlouder.com.au

“Sydonia, they’re a really amazing band, and the lead singer’s got a very unique voice. They’re really heavy but incorporate so many different vibes that it’s a little bit hard to categorize them musically. I think, too, that’s something music’s sort of lost.“
- Jim Root - Slipknot/Stone Sour

“Seriously, if you haven’t see Sydonia yet, then do so, and if you have seen them before, then join with me in puzzling over why they are yet to tour internationally with their own supports.” Lamb of God support review - INPRESS MAGAZINE

“The highlight of the night was next in Sydonia, and unsurprisingly, they begin their percussion infused set with Adornment, with Sam and Adam smashing away along with Sean, who in my opinion is one of the best metal drummers this land has, getting the crowd moving forward, as those yet to witness Sydonia watch in awe of this tribal warfare they deliver.” Jason Clair - BEAT MAGAZINE

“Lamb of God vocalist Randy Blythe and Slipknot guitarist Jim Root are both outspoken fans of Sydonia and it’s easy to see why. The dramatic set opener “Adornment” saw frontman Dana Roskvist perform solo while the rest of the band created a wall of percussion for at least two thirds of the song before picking up their instruments and launching into a full-fledged rock assault……As the set progressed I became more and more convinced Sydonia might just be the best alternative rock act in the country. Trying to aptly describe their sound is a futile exercise. Sure there are familiar elements from bands like Deftones, Tool and Slipknot, but on the whole Sydonia is a unique entity. Roskvist’s vocal performance was nothing short of spectacular and drummer Sean Bailey is a god behind the kit….If you haven’t seen Sydonia live yet, I highly recommend you check them out. They stand head and shoulders above all their commercially successful Australian contemporaries.” THE AU REVIEW

“At the risk of gushing, Sydonia are arguably one of the best sounding bands in the country. Their live show is far more than you get on record, and they are willing to drive all night to bring it to you. Powerful, soulful, haunting and complex all at once. Add in humble, talented and hardworking and you have a winning combo – forget the single launch, when can I get the album?” - 9/10 SHOT OF ROCK


Lamb of God’s Randy Blythe played two songs with Sydonia for their Halloween 2010 “Creep Show” event.
Sydonia supported Korn on their forthcoming Australian shows, December 3rd, 4th and 5th, 2010.
Sydonia play three days of the famed Woodford Folk Festival (Dec 30th & Dec 31st 2010, Jan 1st, 2011), which can draw up to 100,000 people.
Currently working on their second album to be released later in 2012.
Sydonia is just finishing off the final few demos for their second album and is currently open to discussions with record companies who would like to hear more music, how the band’s music has evolved since their independent debut and receive more information. 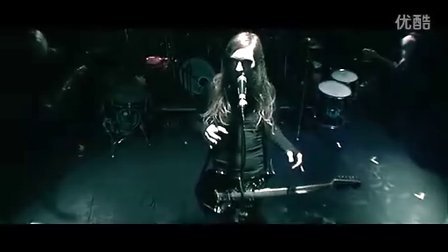 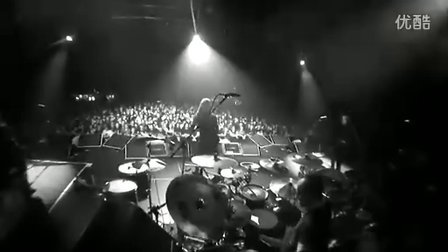