Yozoh claimed her name as her unique voice.
She's been featuring the vocal of many Korean bands such as 015B, Humming Urban Stereo and Sogyumo Acasia Band.

In 2007, Yozoh finally released the project album with Sogyumo Acasia Band called "My Name is Yozoh". And finally she made her songwriting debut with the album "Traveler" in October, 2008.
It's her first album to have a whole album with her voice revealing her extraordinary personality.

We expect her as a good and naive girl by her apperance,
BUT she is very unique character as herself.

She admires Stephen Chow and claims that she is the one who will get him in the end. 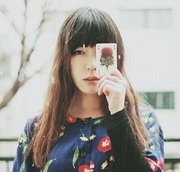